After World War I, Mr.  Brodie decided that the leaf spring

business  had  limited  future  what  with  the  development  of  coil

springs and air cushion suspension systems.  He  then  entered  into a  very  aggressive  program  of  acquiring  truck  equipment  and trailer  franchises.  It  was  at  this  time  that  Walt  Geisenhainer,  a New  York  CPA,  joined  the  firm  as  Controller.

In  the  last  quarter  of  1948, Clark  Equipment  Company,  aware  of the  tremendous  service  reputation  that  the  “BJ’s  chain  had developed  throughout  the  north-eastern  seaboard,  asked  if  we would  set  up  service  and  parts  locations  in  Buffalo,  Rochester, Syracuse,  Portland,  Philadelphia,  Camden,  Harrisburg, Baltimore,  Providence  and  Boston.  It  was  then  that  Malden Spring  Company,  the  appointed  service  location  for  Boston, spun  off  Brodie  Industrial  Trucks,  Inc.,  and  set  up  shop  on Commercial  Street  in  Malden.  In  the  early  part  of  1949  the Brodie  chain,  Malden  included,  acquired  the  full  sales  franchise and  Clark  sales  staff  as  well.  The business grew slowly.

Company concentrated on material handling.  Walt  Geisenhainer transferred  from  New  York  to  run  the  Boston  and  Buffalo
operations  and  Steve  Brodie  became  president  of  the  New  York operation.  In  1958  we  moved  to  Route  128  in  Woburn  and
eventually  sold  off  the  interest  in  the  spring  business  in Massachusetts.
During the next several years the western Massachusetts

franchisers  were  sold  off  and  Rhode  Island  became  a  separate

dealership  with  one  of  our  salesmen  established  as  the  principal.

Our  area  of  major  marketing  activity  was  fixed  at  that  time  and it  included  eastern  Massachusetts  and  southern  New  Hampshire. These  changes  resulted  in  the  full  concentration  and  expansion of  our  material  handling  business  in  this  area.

In the latter part of 1963 Mr. Brodie sold his interest in Brodie Industrial Trucks and the last remaining spring shop in this areas, George Lawrence Inc., to Walt Geisehainer, from this point forward we developed into one of the largest fork truck parts, service sales and rental organizations in the country.  As the business grew, staff and plant facilities were expanded.

The George Lawrence operations was consolidated with the Woburn operation in 1964 and ultimately phased out in 1968 as a result of the decline in demand for that type of service, coupled with expansion in the fork truck business.

1995 Brodie made the decision to align and begin a new directions by adding Toyota Industrial Equipment to their Material Handling line-up.

During 1997 Ronald McCluskey purchased the remaining shares of Brodie to become the President – Owner of Brodie.  This move led to the establishment of Brodie Toyota Lift and the business grew rapidly as Toyota began its journey to #1 in the USA and worldwide.

The future for Brodie is extremely exciting in 2023 we will celebrate 75 years in business.  As a locally owned business we look forward to continue growth. 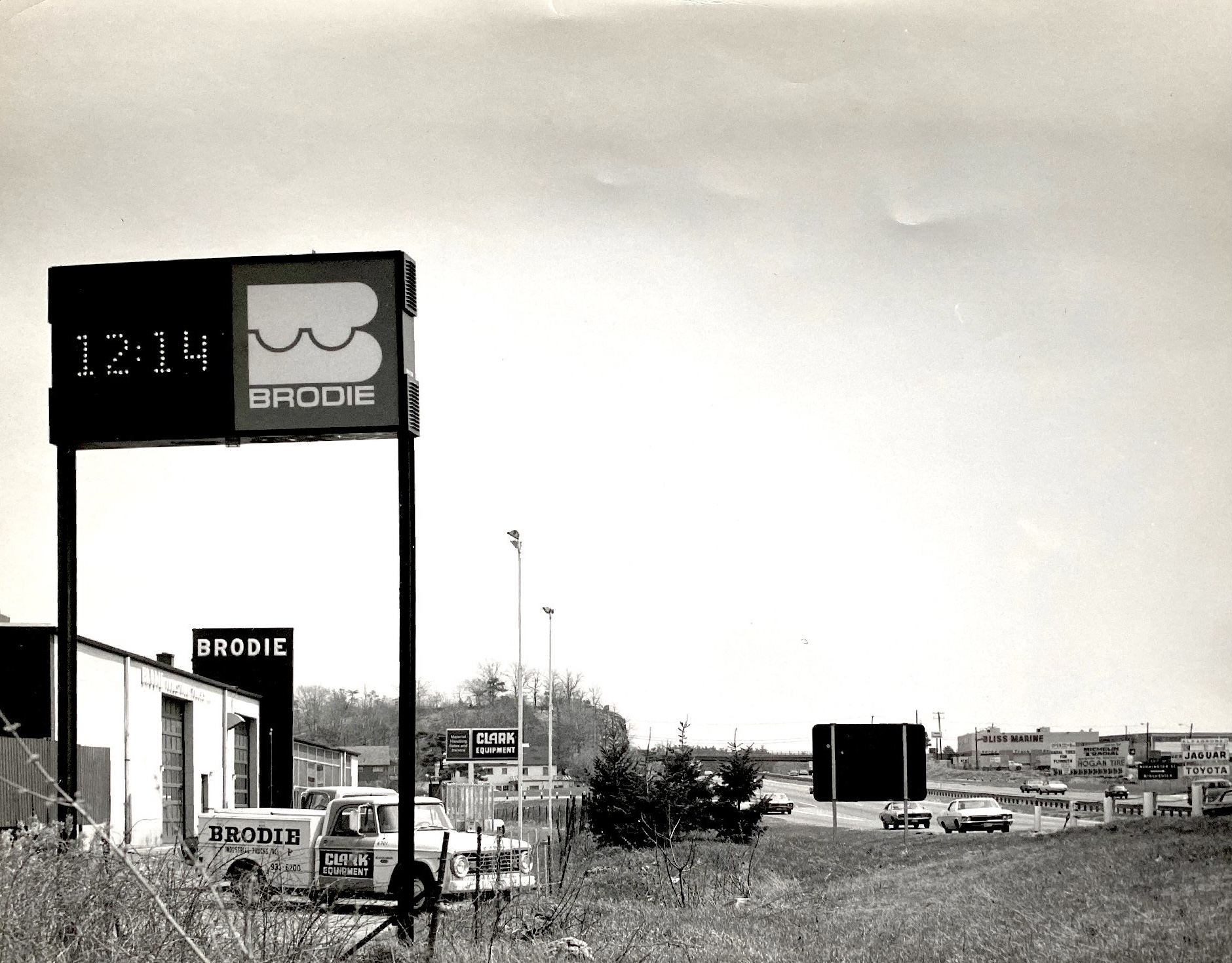 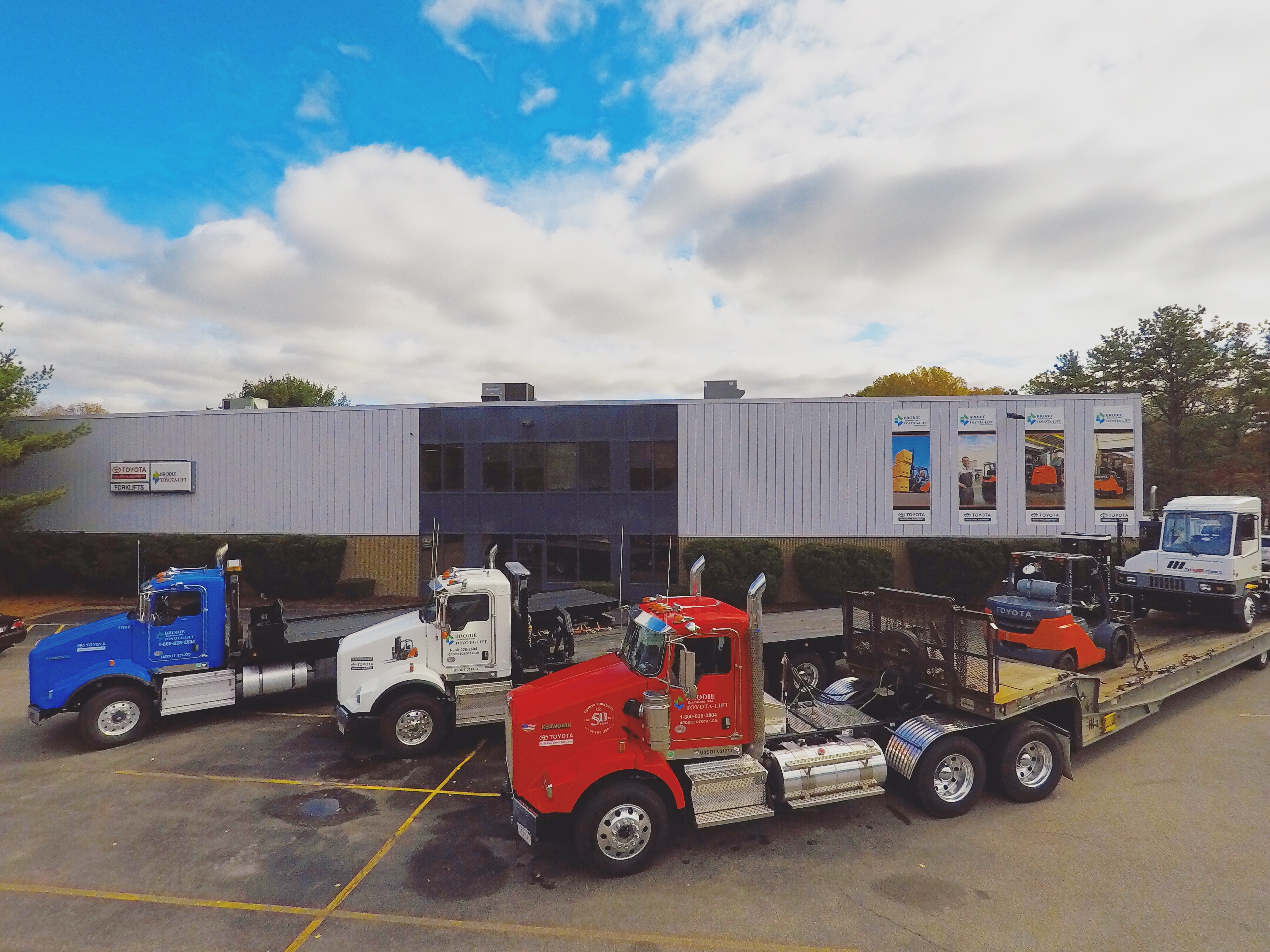 Toyota Forklifts are all made in U.S!